Simple actions every day can save seas and oceans 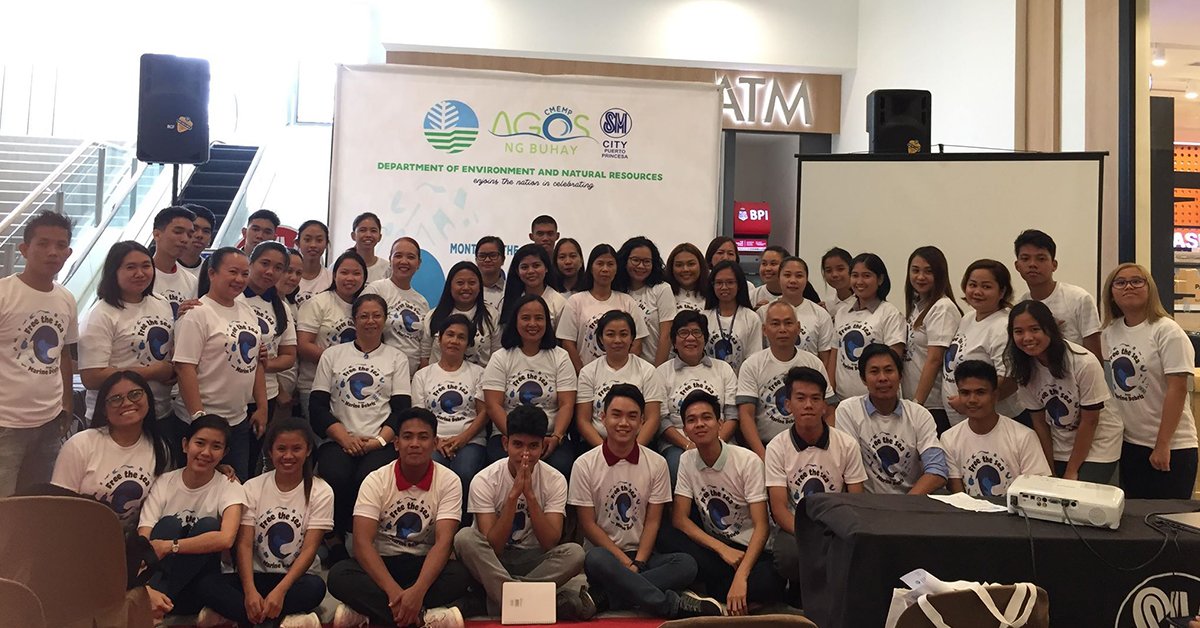 Because garbage do not only hurt the land and the air but also the seas and oceans including the flora and fauna that inhabit them, which may also hurt or poison humans or disturb the food chain, humans need to save and protect the seas before it is too late.

Melissa Macasaet of the City Agriculture Office called on Palaweños to do something for the seas during the Month of the Ocean celebration at SM City Puerto Princesa even just simple actions rather than empty rhetorics and promises.

She address that joining the contests to make others conscious of the threat faced by the oceans is a noble act but the cause would be more effective if the people internalize the issue and make sure their simple day-to-day activities are helpful to the seas.

The Department of Environment and Natural Resources enjoined everyone to the celebration of the Month of the Ocean 2019, with the theme, “Free the Sea from Marine Debris.”

Now on its 20th year, the Month of the Ocean celebration continues to spread knowledge and awareness about the coastal and marine ecosystem’s current status, how it’s affected by humankind’s doings and how ordinary individuals can help.

A photo exhibit of marine life is displayed on the lower ground floor of SM Puerto Princesa. Interactive activities such as quiz bee, essay writing contest and painting contest are also held.

The event emphasizes the dreadful amount of plastic waste produced on a daily basis.

Rhoda Roque of Palawan Council for Sustainable Development said that a study showed that a Filipino produces 591 plastic sachets, 174 shopping bags and 163 translucent bags on the average per year.

Puerto Princesa City Community Environment and Natural Resources Office Chief of Staff Vivian Soriano said the use of single-use plastics is highly discouraged. She told everyone to spread the slogan “if you can’t re-use it, refuse it” so that more people will not use plastics anymore.

This year’s celebration aims to be an eye-opener to let people know the importance of doing something in minimizing solid waste, said Tutu Almonte, the Assistant Environmental and Natural Resources Officer.
Share6Tweet4Share2