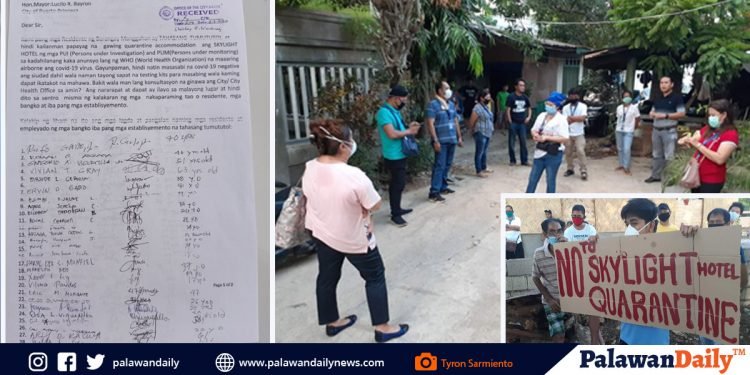 The residents of Barangay Manggahan in the city registered their opposition to the use of Skylight Hotel as a quarantine facility for Persons Under Investigation and Persons Under Monitoring due to COVID-19.

Tyron Sarmiento, a resident of the barangay, posted on his Facebook account what he saw on the evening of March 29 and posted pictures of placards expressing their opposition.

In his post, he called the attention of the city government and the PNP, voicing out his dismay due to the lack of consultation within the community.

A petition letter and signature campaign was also done by the residents of Barangay Manggahan to show their objection to the ongoing project.

Vivian Gray, one of the residents of barangay, said that there was no consultation made by the barangay nor the city government.

She added that they understand the situation but they also fear for their health and safety since the hotel is in the heart of the city.

Meanwhile, doctors from City Health Office went house-to-house and explained to the residents of Barangay Manggahan the plan and assured their health and safety concerns.