by Mary Honesty Ragot
in National News
Reading Time: 6 mins read
A A
0 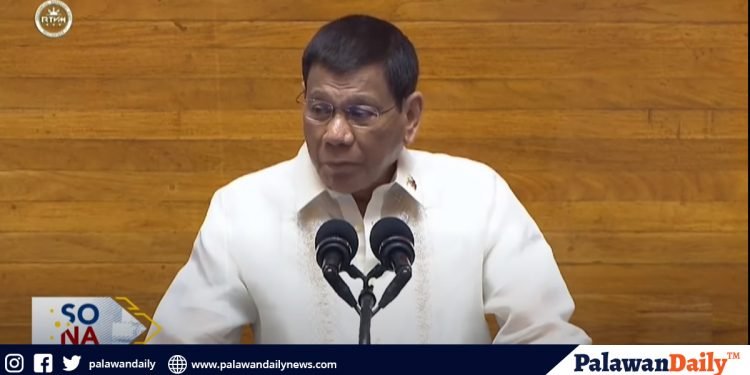 President Rodrigo Duterte on July 26, Monday, delivered his sixth and final State of the Nation Address (SONA) highlighting various accomplishments his administration achieved so far at the Batasang Pambansa Complex in Quezon City.

His speech began by recalling when he assumed presidency 5 years ago. Duterte stated that when he ran for the presidency, he just made fundamental promises and changes, which he thought that was really at that time doable.

He said that he was driven to hasten the implementation of ‘changes’ which “I believed the country needed.” He explained that his purpose was pure and unpolluted.

The President mentioned that due to the brilliant programs and excellent work, the Philippine economy was poised to leapfrog into the company of the world’s fastest growing economies until the COVID-19 pandemic stole everything.

He expressed his gratitude to all health workers and frontliners for the fight against COVID-19. He also assured the private sector that the government is committed “to regain the commercial vibrance of the country prior to the pandemic.” Lastly, he lauded the local chief executives and international development partners who supported the government’s COVID-19 response.

President Duterte looked back at his first SONA and described that the past five years have truly been “challenging and humbling.”

He first mentioned his achievements in strengthening the institution and morale of the Armed Forces of the Philippines (AFP), Philippine National Police (PNP) and other armed services through the modernization program and raising of their salaries.

“I am proud of the accomplishments of our troops in securing our nation against all threats to our democratic institutions. But peace must be realized – peace and security is not only just a military concern. That is why we deviated from the traditional purely military approach in dealing with matters of national security.”

He asked the Congress to pass Unified System for Separation, Retirement and Pension of Military and Uniformed Personnel. He also wants to pass a law providing Free Legal Assistance to AFP and PNP Officers and Enlisted Personnel.

The President also talked about how the NTF-ELCAC made progress in their campaign against communism despite criticisms. He also credited the police and military for destroying so many communist fronts.

Duterte went off-script to talk about the Communist Party and how it’s leaders are corrupt and even use their own members’ money for their own gain.

“So that my orders to the – to you, if you see them walking around, kindly shoot them dead. I would be happy. Anyway you’re only charged in the ICC together with me, so what is the problem of having another one, another idiot Filipino who has caused great damage to the country?”

Duterte, on the other hand, admitted that he was wrong in thinking he could fight drugs within six months because of his experiences in Davao.

“We are fighting a drug war that is being participated by nine generals of the PNP. Kaya ‘yan ang masakit sa loob ko. I did not know that I was fighting my own government.”

The President cited the fulfillment of his promise in Mindanao with the passage of the organic law for the Bangsamoro Autonomous Region in Muslim Mindanao (BARMM). He also urged the fast-tracking of the rehabilitation of Marawi City. He also highlighted the government’s victory against the terrorist group in Marawi City.

The President also criticized and mentioned countries especially in the Middle East where many OFWs are victims of sexual abuse.

“Masakit sa akin na ang Pilipina pumunta doon para magtrabaho because sexual abuse in some tribes in the Middle East have this notion that if you are a slave or you are a paid person working for them, sexual abuse becomes part of the territory. Kaya diyan ako pumuputok at nakikita ko ‘yung mga pamilya na sira.”

Duterte taunted the International Criminal Court (ICC) during his SONA.

“I’ve been asked the question and several times I gave the answer. I am a Filipino and I love my country. I do not want my country in disarray because of drugs. I do not want families break up and become dysfunctional. Iyon ang masakit sa akin,” he added.

He also praised the administration’s success in infrastructure development such as, MRT-3, newly-built passenger terminal building at Clark International Airport in Pampanga, stage 3 of the Metro Manila Skyway, among others. According to the President it was through his passage of the Comprehensive Tax Reform Program.

“Five years ago, the first thing I made sure is to increase our infrastructure spending to an average 5% of the country’s GDP. This is significantly higher than each and past four administrations,” he said.

“If I were the next president, if you think there’s really a need for you to change everybody in the system, then you declare martial law and fire everybody and allow the new generation to come in to work for the government,” he further added.

The President also highlighted the extended validity of the Passport and Driver’s License. “We have extended the validity of Philippine passports to 10 years to lessen the burden of our [international] travelers and OFWs. We have also gone beyond merely addressing the three million backlog of driver’s licenses in 2016.”

“Not only did we extend the validity of licenses and passports, we also sought to make long lines a thing of the past by streamlining government processes. These efforts are embodied in the Ease of Doing Business Act, which Congress passed [in] 2018. Thank you, Congress.”

Duterte thanked the Association of SouthEast Asian Nations (ASEAN) and the rest of the world for showing their support to the Philippines and he also asserted our country’s sovereign rights.

“But gone are the days when the Philippines decides on the shadows of the great powers. We will assert what is rightfully ours.”

President Duterte insisted that there was no arbitration occurred between Philippines and China.

“What will I do with a document that does not bind China because they were never a part of that arbitration? There was really no arbitration at all because it was only the Philippines side who was heard.”

He also insisted that arbitral ruling will may lead to war.

“Do you want war against China? Well, I’ll tell you even on the coast, [the] beach of Palawan, before you can take off, the missile of China will be there in about 5 to 10 minutes. It will be a massacre if I go and fight to war now. We are not yet a competent and able enemy on the other side,” he stressed.

“It’s rampaging now in Indonesia, Thailand, India, and many parts of Asia. Ang sabi doon sa western medicine, it is far more aggressive, far more dangerous, and it can cause death easily than the COVID-19 original. If something wrong happens, I have to be strict. Maybe we just have to pray for salvation.”

He also said that the country had spent enormous amounts of resources to build the capacity to overcome this pandemic. “We cannot afford more lockdowns.”

Duterte asked for patience from those who are waiting for COVID-19 vaccines. He assured that more vaccines are arriving.

Duterte ramped up country’s testing capacity. “We now have more than 260 accredited laboratories nationwide, which are capable of conducting at least 50,000 tests daily. All regions now can conduct their own COVID-19 tests.”

“We established over 9,000 temporary monitoring and treatment facilities across the country,” he added.

“My administration has worked with Congress to pass the Coconut Farmers and Industry Trust Fund Act. We have returned also the coco levy fund to its true and rightful owners, our coconut farmers.”

The fund is now worth an estimated to be ₱75-B, which will be utilized according to the plans and programs in the Coconut Farmers and Industry Development Plan for the direct benefit of the coconut farmers and the development of the coconut industry.

President Duterte mentioned the government’s efforts to ensure the food for Filipinos through the passage of Rice Tariffication Law.

Duterte talked about his promise to provide free irrigation. And he claimed that he fulfilled his promise. “Free Irrigation Service Act of 2018 is a product that now lowers the cost of agricultural production.”

Duterte promised to restore the lost livelihood of many Filipinos.

“I have recently signed an Executive Order creating the task force that will shepherd the country’s National Employment Recovery Strategy.”

In summary, Duterte has a total of 12 priority bills he hopes to pass before his term ends.

These are the passing of a unified system of separation, retirement, and pension for uniformed personnel, Free legal assistance for police and soldiers, Foreign Investments Act, Public Service Act, Retail and Trade Liberalization Act, Creation of  Department for Overseas Filipinos, E-Governance Act, Creation of the Philippine Center for Disease Control and Prevention, Creation of the Virology Institute of the Philippines, Creation of Department of Disaster Resilience, Law mandating evacuation centers in provinces, cities, and municipalities mandatory and Bureau of Fire Protection Modernization. 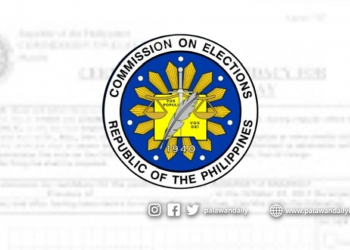