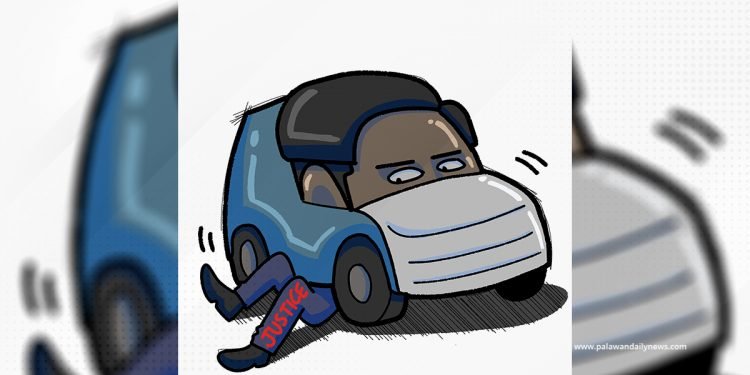 The man driving a sports utility vehicle (SUV) who ran over a security guard manning an intersection in Mandaluyong City last week surrendered to the Philippine National Police (PNP) on Wednesday. He spoke in a press conference, which drew criticisms from netizens, who lambaste it as if it was to lay the predicate for the man’s absolution.

Many compared the treatment accorded him to a man who stole mangoes from his neighbor–just to quench his thirst and hunger–who was put into jail, immediately. Lady Justice, it seemed to them, is only for those who have their pockets full. The PNP officer-in-charge, Lt. Gen. Vicente Danao Jr. said that even after the driver surrendered, he can no longer be arrested as the hot pursuit time already lapsed.

If one is to look more into it, the security guard whom the driver ran over may have been discharged from the hospital four days after the incident, but has been in the intensive care unit (ICU) with his ribs and head injuries.

During the segment where the runner and parents have attended, Pulis @ Ur Serbis program hosted by UNTV at Camp Crame, it is as if his parents were the ones talking, defending his name, trying to justify that what has happened was an accident.

For one, it is such a shame for a fully-grown man to still be defended by his parents for the ordeal that he has brought to himself. What furthers the angst and confusion by many is how the officer-in-charge considered the ordeal “case closed” as they have already done their part, and it is already up to the prosecutor and the court to decide.

With what has happened, with how the security guard who is just trying to do his job was run down, do we really have to make a long-while decision before the driver gets apprehended for what he has done? Is justice that expensive? To live in a democratic country, justice should always be inclusive. Justice should always be open for all, regardless of one’s economic status.

In response to the incident, the mother of the SUV driver said that they have lost sleep and appetite over what has happened, for they fear about their son’s future. This leaves the public to think about the family of the security guard.

Had he died on the spot, had their he been left by the other passers-by to fight for his life at that point, will his family ever see him again, warm and living? Judging from a rational perspective, it is impossible for the SUV driver to not see the security guard magistrate his hand to lead the traffic, only for him to be run down, without any hesitation. What is worse, is that after the security guard was knocked down on the road, the SUV driver continued to drive, running him down some more, making the guard look like a road bump to just be passed onto. What could be more evil than that? Whatever reason the driver has, it will never give justice to what he has done. It could have led to the death of the security guard. It could have been.

The issue makes one recall how the 73-year-old man who stole mangoes for his hunger was easily apprehended for just trying to survive his day. Regardless of age, regardless of the cause, he was put into prison, made him pay for bail, but with the help of the community who sided with the truth, he was released.

It would seem that our justice system favors the rich. The driver bid his time before coming out so that the bureaucratic maze of our prosecution office is tilted to his favor. This tactic was not available to the old man who was charged with stealing mangoes. And it sickens the poor and helpless that Lady Justice seems to be not blindfolded at all. 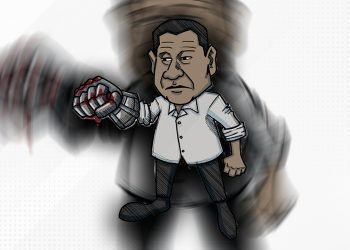 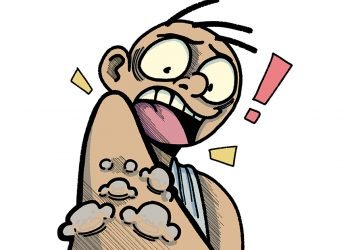 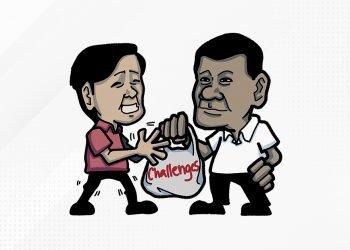 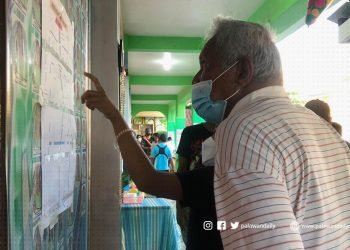 Elections 2022 should be game changing moments 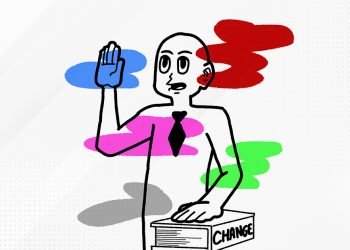 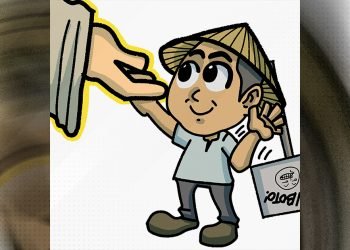