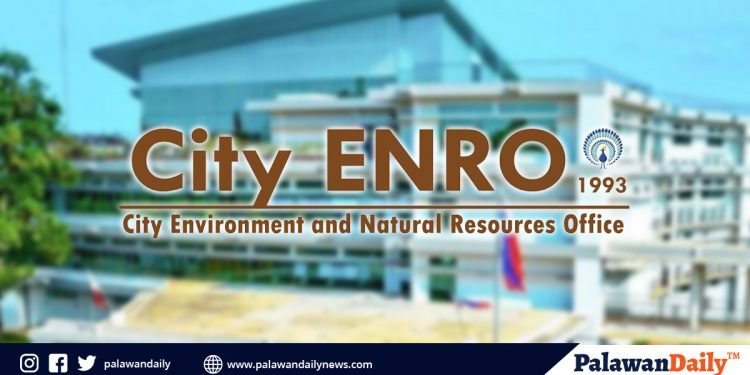 The City Environment and Natural Resources Officer of Puerto Princesa cautioned security agencies in the city to make sure that their security guards are rendering services only to lawful activities and not deployed in illegally occupied timberland.

Atty. Carlo B. Gomez, the City ENR Officer, said that security guards of duly registered security agencies were utilized by some unscrupulous individuals who are illegally occupying the remaining forestland in Puerto Princesa.

The recent incident in Talaudyong, Barangay Bacungan, where Fe Ylaya was allegedly illegally occupying a portion of forestland classified as “core zone,” is said to be unreasonably protected by security agencies despite her illegal occupancy. It made Ylaya gain advantage to proceed with her supposed unlawful occupation.

Last week, April 22, 2020, the composite team of the City ENRO and the Department of Environment and Natural Resources (DENR)-CENRO Puerto Princesa discovered that a portion of the timberland in Talaudyong was again occupied by Fe Ylaya. This, despite the demolition of the illegally built fence and structures conducted by the composite team on February 20, 2020.

“This shall serve as a warning to all private companies and security agencies,” Atty. Gomez said.

He explained that these private companies specifically the security agencies in the city, issued with business permits, Mayor’s Permit and other permits and licenses by the government, are supposed to uphold the law and the Constitution. They should also uphold the city government’s policy especially on forest protection and conservation.

Atty. Gomez said that upon their arrival in Talaudyong, he instructed one of the security guards to call their security agency which later he talked with their manager. The security agency’s business address is in the city proper.

He warned the security agency not to protect unscrupulous claimants illegally occupying timberland in Puerto Princesa, and that they should worry about their Mayor’s Permit because the Office of the City Environment and Natural Resources Officer will seek the cancellation of their Mayor’s Permit. He further cautioned them not to assign security guards in illegally occupied areas.

The occupation within the area has no legal documents to support, such as endorsement from the barangay concerned, and no tenurial instruments issued by the DENR. Unlawful occupation in the forestland/ timberland is a violation of the existing laws specifically in the Presidential Decree 705 also known as the Forestry Code of the Philippines. The illegally occupied timberland is also classified as “core zone” under the ECAN map of Palawan.

The core zone is the area of maximum protection such as natural forest and shall be free of human disruption. This is part of the graded system of protection and development control in Palawan institutionalized through Republic Act 7611 also known as the Strategic Environmental Plan (SEP) for Palawan.