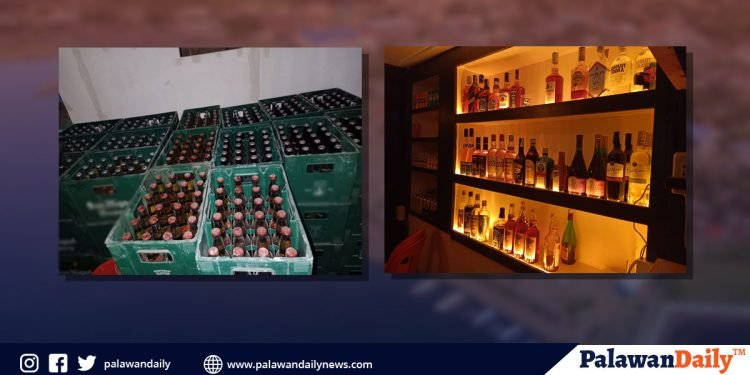 A temporary ban on selling, delivery, and regulating of liquor consumption during the period of enhanced community quarantine (ECQ) was implemented in Puerto Princesa starting Friday, April 3.

In an advisory dated April 3, posted the same day at the official Facebook page of the City Mayor’s Office (CMO), it noted that the liquor ban will primarily be implemented by the City PNP alongside barangay officials, barangay security personnel, City Public Order and Safety Office (CPOSO) with its wing department Anti-Crime Task Force (ACTF).

Signed by Atty. Arnel Pedrosa, the city administrator and legal counsel, indicated in the advisory was the recommendation for prosecution of any person of legal age or business entity found to have violated the ban.

“During the ECQ over the entire Luzon, business establishments such as restaurants, hotels, retail stores, groceries, supermarkets, hypermarkets, convenience stores, public markets, pharmacies and drug stores, and similar businesses within the territorial jurisdiction of the City of Puerto Princesa are prohibited to sell, furnish, offer, serve, or deliver alcoholic drink especially distilled spirits, wine, beer, and other intoxicating beverages or liquor to any person,” Pedrosa indicated in the advisory.

On the other hand, the inspection and regulation of establishments shall be done by the City Business Permits and Licensing Office (CBPLO).

The advisory also noted that business permit and license to operate of violators may be confiscated or cancelled after a due process, but the establishment is subject for immediate closure while investigation remains pending.

However, it was also mentioned in the advisory that liquor consumption within the confines of home between 7 p.m. to 10 p.m. is allowed during birthday or anniversary celebrations, provided that only the legal-members of the household will drink in moderation using an exclusive glass for each while strictly observing physical distancing.

“Provided further that the house owners shall not invite any guest or visitor for drinking sessions or any other social activity or gathering,” Pedrosa stated in the advisory.