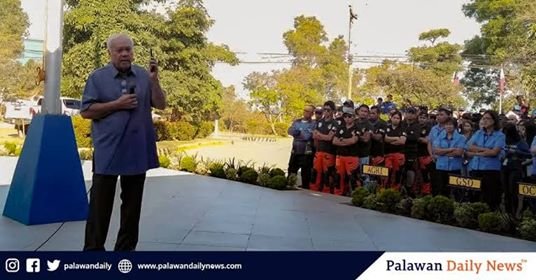 Mayor Lucilo R. Bayron told barangay officials to thoroughly validate the list of households in their respective jurisdiction prior to their submission to the city government for the release of P1,500-financial assistance.

The amount sourced from the city’s disaster risk reduction and management fund (CDRRMF) is intended for estimated 62,000 households in the city’s official list and those who will be identified thereafter.

He explained that when the city government decided to release the financial assistance, they decided to use the list of households generated during the mapping survey conducted by the City Planning and Development Department in 2018.

Therefore, he requested the barangay officials to screen and validate it first in their level, before they will submit the list to the city government for the release of funds. Those eligible beneficiaries of P1,500 financial assistances are expected to receive it, during the second batch of the fund release.

The first batch are those in the CPDD list, whose funds was released last March 24, 2020. The house-to-house releasing of assistance are still ongoing especially in most barangays in the city. In Barangay Sta. Monica, the release has not yet completed, while barangay staff gather the list of those legitimate households/ families who are not in the list.

Mayor Bayron further said that the CDRRMF is limited. The barangay should screen and validate it first, prior to the evaluation that will be made at the city government level.