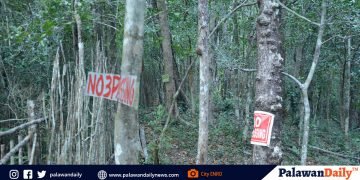 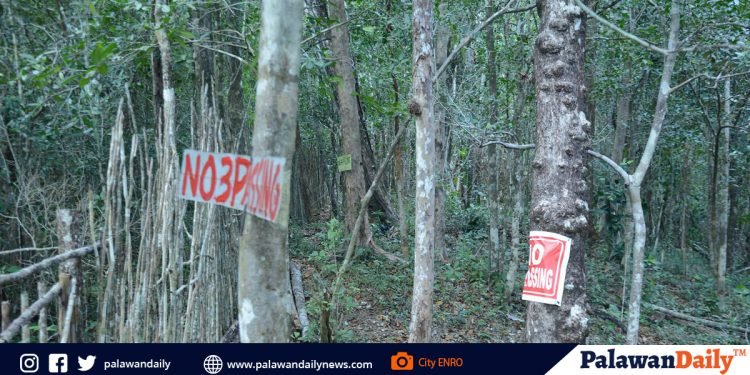 The City Environment and Natural Resources Officer of Puerto Princesa emphasized the urgent need for the government to revisit its forest protection and conservation program, in an effort to avert forest degradation in the country.

Atty. Carlo B. Gomez, City ENR Officer said that the illegal occupation in one of the city’s remaining forestland, specifically in Talaudyong in Barangay Bacungan is alarming. Despite the forest’s utmost importance to the biodiversity, they are now cleared by private persons, some of them are even rich and influential individuals in the city.

He said that these are explicit insult to the city government, the Department of Environment and Natural Resources (DENR), and other government authorities. All these call for action, specifically for more intensified forest protection and enforcement measures, in order to address the forestland depletion and denudation.

He further explained that forests in Talaudyong, Barangay Bacungan are not only forestland/ timberland but also classified as “core zones”, which is an area of maximum protection such as natural forest and shall be free of human disruption, being part of the graded system of protection and development control in Palawan institutionalized through Republic Act 7611 also known as the Strategic Environmental Plan (SEP) for Palawan.

In the framework analysis of Contreras-Hermosilla (2000), “The Underlying Causes of Forest Decline”, the framework identifies some major causes of forest degradation in the Philippines. Under inappropriate policy, it identifies elite-biased policies on forest access and utilization, specifically the occupation in timberland areas for various purposes, as among the factors that contributed to its widespread destruction. The framework is a component of the published work “Forest Restoration and Rehabilitation in the Philippines” published in 2006 and authored by Lucrecio L. Rebugio, Juan M. Pulhin, Antonio P. Carandang, Eleno O. Peralta, Leni D. Camacho and Nathaniel C. Bantayan.

In the column of Philippine Daily Inquirer (PDI) authored by Marjorie Pamintuan, Research and Policy Coordinator of IBON International, she said that widespread poverty and landlessness are direct causes of deforestation.

“Poverty drives people upland so they can eke out a living. In a country where more than half of the population is poor, forests are rich sources of food and other resources, which are very attractive to those desperate for survival,” said Pamintuan.

Atty. Gomez said that while the number of the poor and the landless in Puerto Princesa City are increasing, it is ironic that some rich and considered influential individuals in the city, who already possessed track of land, are still occupying forestland and core zones.