by Gerardo Reyes Jr
in Feature
Reading Time: 3 mins read
A A
0 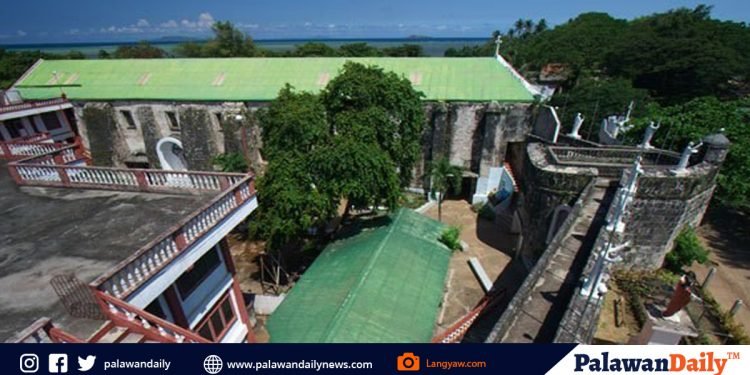 This episode of Cuyo’s history was memorialized in a marker found in the walls of Cuyo Fort and St. Augustine Parish Church. The 17th century fortress is considered as the most impressive structure on Cuyo Island, lording over the oldest colonial settlement in Palawan- the Cuyo town.

The marker narrated that in 1899, a group of robbers led by Kausapin attacked and looted Cuyo, one of the local residents, a certain Capitan Clemente Fernandez took his pregnant wife, Vicenta Rodriguez and his family inside the church, when the locals scampered for their safety during the villain’s attack.

On March 28, 1899, Vicenta gave birth to a child Trinidad who was nicknamed “Kota” because she was born inside the church fortress locally known as “kota”.

Trinidad, who later became Trinidad Fernandez de Legarda turn out to be a pride of Cuyo. She became a civic and cultural leader, writer, teacher, social worker and a first lady ambassador.

The story of Trinidad aka “Kota” was recalled by a Cuyonon named Nelia Palay Tambis in his social media post. A native of Cuyo, she said that whenever early settlers are in distress, they sought refuge inside the church, where they felt that they are most safe.

Tambis said that it was an experience similar also to a “lockdown” when people were not allowed to go out for fear of being killed by the invading “tulisanes”.

The marker though did not mention on how long the people stayed in the church for protection, but history told us that kota or fortification of stones built surrounding the churches in coastal towns were deliberately designed to protect them from invasions, especially the attacks made by Muslim Filipinos from Mindanao.

From 16th century towards the end of 18th century, Muslim Filipinos in Mindanao referred by our history books as “Moros”, declared a jihad against the Spanish and Filipino Christians.

“Moro” was the term apparently used by the Spanish writers in reference to Muslim Filipinos. The jihad is to defend themselves from Spanish who tried to take over their territories. The Moros retaliated with major attacks in several coastal towns in the Luzon and the Visayas islands, including Palawan.

The less defended Spanish-occupied provinces and islands were plundered by the invading Moros. These include Bohol, Negros, Panay, Leyte, Samar, Albay, Mindoro, Marinduque, Palawan and its island towns, among others. In fact, among the places in Palawan attacked by Moros are Taytay, Culion, Calamianes, Cuyo, Puerto Princesa, and others.

The fortress of Cuyo, considered as one of the oldest Spanish forts and most unique in the country, was built in 1680 to protect the residents from invaders and other threats.

Fort Cuyo’s original complex of stone and mortar was a square with four bastions, referring to stronghold or similar that of a building.

The one-hectare complex, which is still existing until today, is a fortification of coral stones which is a solid rectangular edifice with gigantic walls. The wall is 10 meters high and 2 meters thick and has a tall belfry and watchtowers. Within its walls are the church, the convent and the adoration chapel.

COVID-19 cases in Mimaropa increase to 23

COVID-19 cases in Mimaropa increase to 23