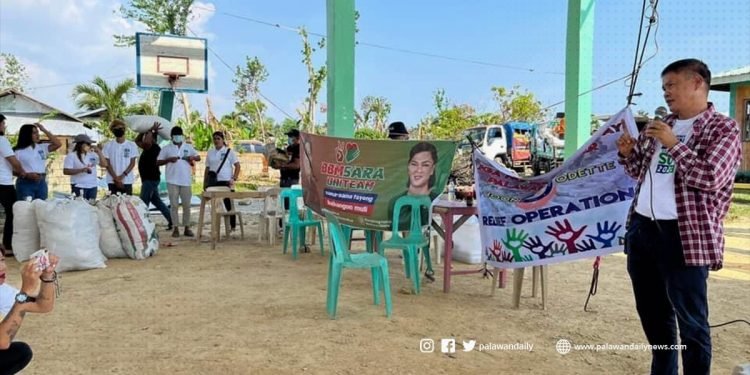 The donations came from presidential aspirant Ferdinand “Bong-Bong” Marcos Jr. and his runningmate Mayor Sara Duterte, which were turned over to the Palawan Liga office over the weekend.

Hundreds of beneficiaries from Barangay Tinitian, San Miguel and Nicanor Zabala who lost their homes and dwellings due to typhoon Odette convened in their barangay halls to claim the relief packs.

In an earlier interview, Zaballa noted that part of the donations also came from One Pacman Partylist.

Roxas’ ABC President Anne Catalan expressed her gratitude for the outpouring of help her kababayans have received ever since the catastrophe.

Catalan also said that her kababayans have lost not just their homes but also their livelihood, and up to now, they have been asking themselves on how can they cope with the devastation.

In a data from the province’s Disaster Assessment and Needs Analysis (DANA) team, Roxas has topped the highest death toll during Odette’s onslaught with ten individuals. The town also recorded the highest worth of damages in terms of agricultural land and infrastructure. 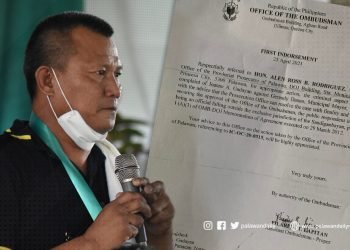 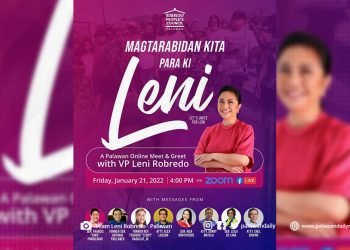 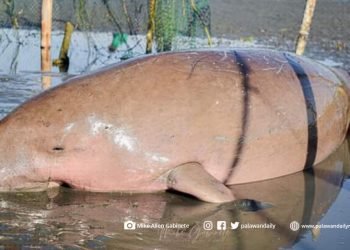 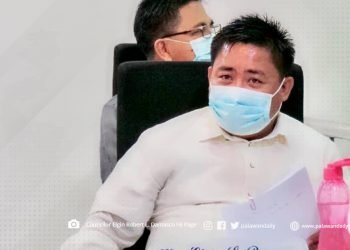 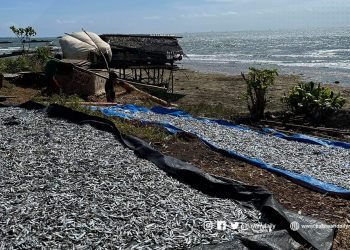 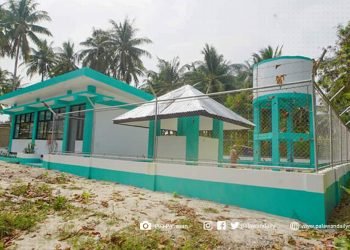