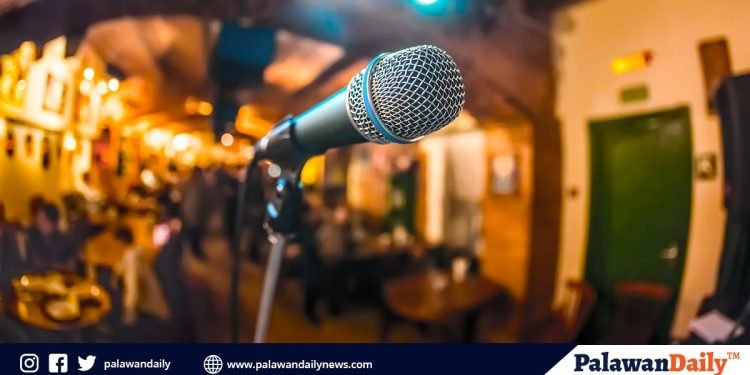 The City Government temporarily bans public sing-along and regulates home videoke, in order not to defeat the objectives of the enhanced community quarantine (ECQ).

Atty. Arnel Pedrosa, the city administrator and legal counsel in an advisory dated April 3 stated that the advisory is intended to promote social distancing and decrease person-to person contact including that of touching public surfaces that may have been harboring COVID-19 virus.

“During the ECQ over the entire Luzon, sing-alongs or informal occasions when people sing together in a group in public shall be prohibited in Puerto Princesa City,” said Pedrosa in the advisory.

On the other hand, Pedrosa also mentioned that karaoke or videoke sing-along within the confines of home between 7 p.m. to 10 p.m. is allowed during birthday or anniversary celebrations, provided that members of the household strictly observe physical distancing and disinfect all the equipment used in the activity.

“Provided further that house owners shall not invite any guest or visitor for sing-along or any other social activity/gathering,” he added.

Pedrosa on the same advisory posted at the official Facebook page of the City Mayor’s Office (CMO) said that it will primarily be implemented by the City PNP alongside barangay officials, barangay security personnel, City Public Order and Safety Office (CPOSO) with its wing department Anti-Crime Task Force (ACTF).