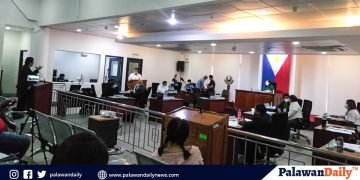 The City Tourism Office (CTO) as of June 1 has recorded around 2,006 locally stranded individuals (LSIs) all over the country who are residents of Puerto Princesa.

City Tourism Officer Aileen Amurao stated Monday during the regular session that large portion of this mass is stranded in Luzon.

She said the national government’s requirements for LSIs, which they need to comply, are medical clearance and travel authority.

Amurao stated that the area medical officer will be the one to release the medical certificate.

She further stated the medical certificate will only be released after it was certified on the barangay level that an LSI has already went 14-day prior monitoring.

On the other hand, Amurao said the travel authority will be served by the Regional PNP of the area.

However, Amurao said there has been some difficulty encountered by the LSIs in securing requirements, most especially the travel authority.

She further stated that there is no definite date yet as of the press time when to bring these LSIs home due to the difficulty in securing the travel authority.

Amurao added they are coordinating with the commercial aircraft and sea vessel that will bring these individuals home, however, the seating capacity required must first be met.