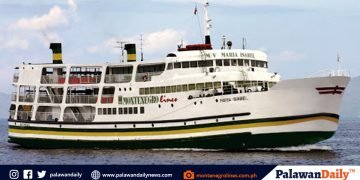 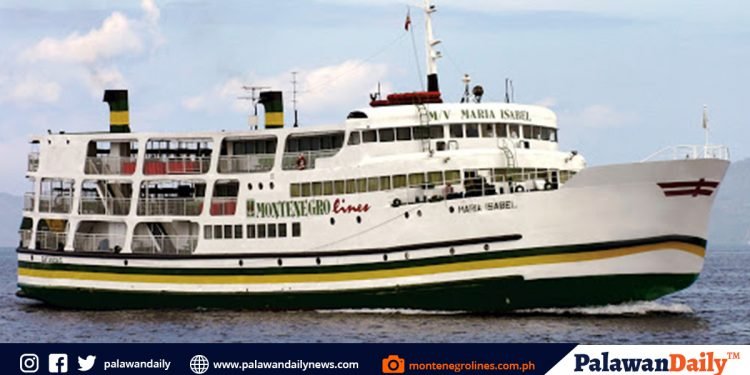 Locally stranded individuals (LSIs) from Iloilo will arrive at the port of Puerto Princesa around 12:30 a.m. of Tuesday, May 26, said the City Administrator.

City Administrator and Legal Counsel Atty. Arnel Pedrosa in an interview with Palawan Daily News (PDN) Monday, May 25, assured the public that safety health protocols will be strictly observed in this operation.

Dhea Camille S. Villanueva, a student of University of the Philippines Visayas (UPV) told Palawan Daily News (PDN) Monday they are presently on board M/V Ma. Isabel of Montenegro Lines, which is bound for Puerto Princesa.

Villanueva, a student leader and Representative of College of Management to the University Student Council facilitated the communication to the Local Government Units (LGUs), tourism offices, and stranded Palaweños toward the realization of this travel.

Villanueva said her list reveals a total of 106 LSIs from Iloilo City, of which 42 are Puerto Princesa City residents and 64 are from Palawan towns.

“It all started when my Palaweño schoolmates from UPV gathered basic information of our common friends who were also stranded. And from there, we really did not expect to have roughly 150 people on our list. After weeks of what it seems like a trial and error of sending numerous emails, text messages, and phone calls, we were lead to the rightful people who really helped us to make this possible,” said Villanueva.

“To the Palawan Provincial Tourism Officer, Ma’am Maribel Carulasan Buñi and Iloilo City Tourism Operations Officer, Sir Florence King Haro Erlano, thank you so much for your help, assistance, and patience for our almost one week of daily transaction until our actual day of travel, and even for following up during our trip to Palawan. Also, to Ma’am Karen Seville and Ma’am Karla Borja of Palawan Provincial Tourism Office, thank you for really helping us in this journey. To my fellow Palaweños from UPV for the initiative and help in facilitating, and of course to all the stranded Palaweños for your cooperation. After this collective effort, we will now be safely returning to our hometown. After our 14-day quarantine, we will be safely returning to our families. All will be alright in time,” Villanueva added.

Niezi Carceler Villaruel, a first year student of Doane Baptist Seminary (DBS) in Iloilo City and resident of Roxas town said she was stranded for two months in Miagao town in Iloilo, while she was temporarily sheltered at a church’s parsonage.

Villaruel said of all that happened throughout, she is thankful to God above all.

Villaruel further stated she is grateful for all the efforts contributed by everyone who helped them.

She said their boat departed Cuyo around 4 p.m. Monday and is presently sailing towards Puerto Princesa.

She also added they submitted necessary requirements before leaving Iloilo.