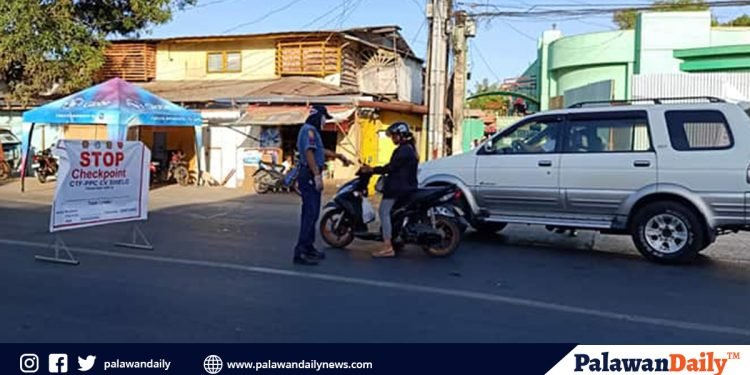 City Police Office is planning to implement “Color Coding” on vehicles within the city in relation to Enhanced Community Quarantine due to CoVid-19.

Police Colonel Marion Balonglong, City Police Director, told Palawan Daily News that he will talk to Provincial PNP with regards to this matter in order to have a system and special lane on the vehicles of front liners including the police, ambulance, fire trucks, government vehicles even the media.

The plan will be implemented as soon as they have discussed the matter to have uniformity in the city and in the province.

Balonglong also clarified that the media is exempted on the implementation of curfew as long as it has something to do with their job on the field.

For now, the city police is continuing to appeal the public to bear with them as they were tasked to man the check points and to strictly implement the order with regards to Enhanced Community Quarantine and curfew.