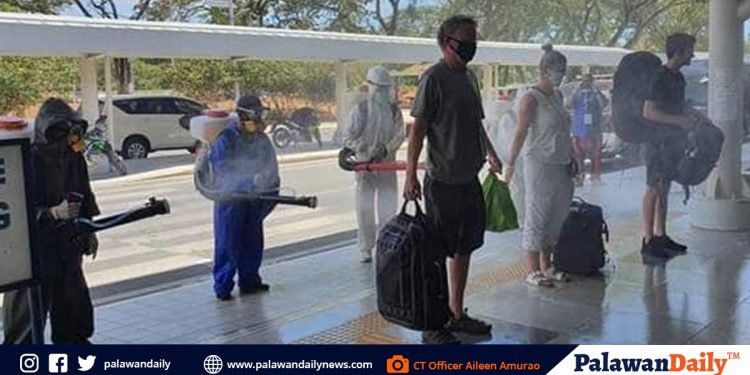 The City Tourism Office (CTO) on Monday said around 1,000 stranded foreign nationals from Puerto Princesa and all over Palawan were already repatriated within March 19 to 28 this year.

Aileen Cynthia Amurao, CTO head, told Palawan Daily News (PDN) Monday, March 30, some of these outbound flights from Puerto Princesa International Airport (PPIA) were “mercy flights” shouldered by the national government, while some were sponsored and arranged by foreign embassies.

It was on the second week of March when President Rodrigo Duterte released a proclamation that placed the entire of Luzon in an enhanced community quarantine (ECQ) as part of the country’s fight against the threat of Coronavirus Disease 2019 (COVID-19).

Amurao said almost half of those repatriated foreign tourists were those stranded in Puerto Princesa.

She said these foreign tourists were composed of “Europeans, Americans, and Asians”.

Amurao said the last repatriated batch so far was on Saturday, March 28, a chartered flight arranged by the Austrian Embassy.